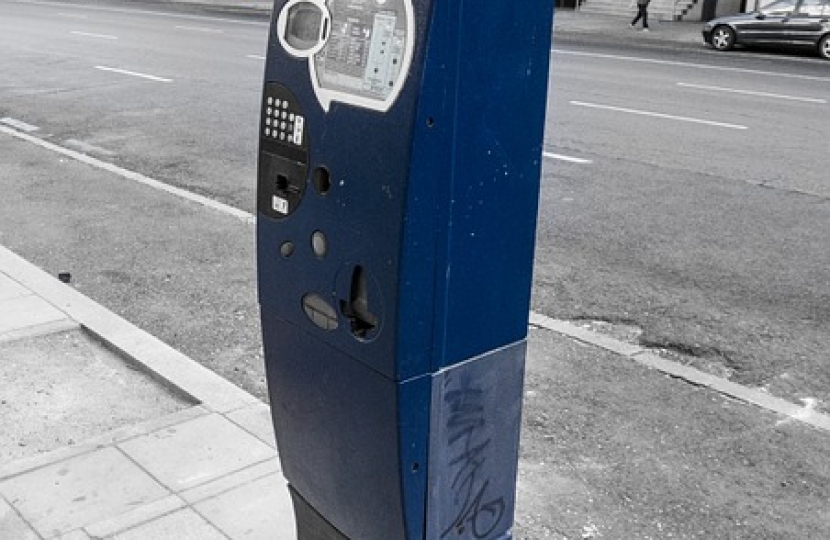 "Conservatives call on council to 'park the car parking charges'

Frodsham residents are being urged to back a campaign calling on the council to scrap plans to introduce parking charges.

The Labour administration at CWaC want to bring in car parking charges for everyone.

The Conservative campaign to oppose car parking charges has been brought about as CWaC's Labour administration published its car parking strategy.  Their strategy will see car parking charges introduced into places like Frodsham and Helsby for the first time ever for our public car parks.  Even Blue Badge holders will have to pay.

Lynn Riley, Conservative group leader and Frodsham Councillor, said “these plans will hit businesses across Frodsham.We are calling on the council to 'park these charges' and keep at least three hours free in Frodsham for short stayers.  If charges for short visits are introduced, residents and visitors will think twice about coming to town and may choose to shop elsewhere which will hurt the local economy.  There is evidence from places as close as the Wirral which show how car parking charges damage local economies.

Cllr Andrew Dawson  added “We understand that the council wants to make money, but what is being proposed will hit small independent traders and people on low and fixed incomes the hardest. Our call for 3 free hours will help with managing long stay commuters whilst still allowing locals to use Frodsham’s shops without having to stump up cash every time.”

The Council retained parking consultants Mott McDonald in 2016 for a six figure sum to draft the over arching strategy together with separate plans for Chester, Ellesmere Port, Northwich, Frodsham and other village centres.

For the first time since CWaC was created in 2008 and only 10 days since the General Election, the borough will see the global introduction of parking charges for all areas including residents parking schemes and Blue Badge holders.

Other recommendations include plans to improve the quality of existing parking, more cycle parking and charging points for electric vehicles and new ways to pay. The most surprising recommendation is that the Council intends to invest in buying up more car parks and  will collaborate with private providers to ensure that other parking facilities do not undermine the overall strategy.

The timing of this announcement seems cynical as it is only days after the General Election when people are understandably weary of politics.

Conservative Councillors are hoping that strong public opinion will force Labour to rethink and learn from their past mistakes when parking charges damaged local economies.

With no economic impact assessment carried out, parking charges and penalties will impact the fragile recovery of our town centres. When in Administration at CWAC from 2009-15, the Conservatives held parking charges where they had formerly existed prior to the creation of the unitary council, rolled out Free-After-3 to these areas and were actively removing charges in Ellesmere Port as well as  building new facilities to support regeneration.

To us this looks like a step backwards and shows Labour's fundamental misunderstanding of local needs.   Not everyone is fit enough to walk into Frodsham.  These charges will hit business and those least able to afford them.  But then Labour has often seen Frodsham simply as a 'cash cow.'  We saw that in the budget debate and the budget papers just this year.  The only time Frodsham was mentioned was to pay council tax.  It wasn't on the list for investment."