70th birthday of the NHS 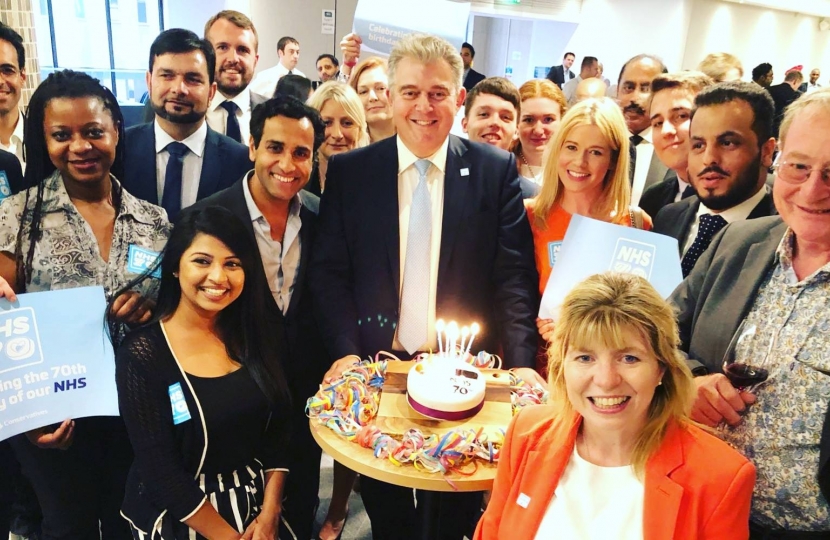 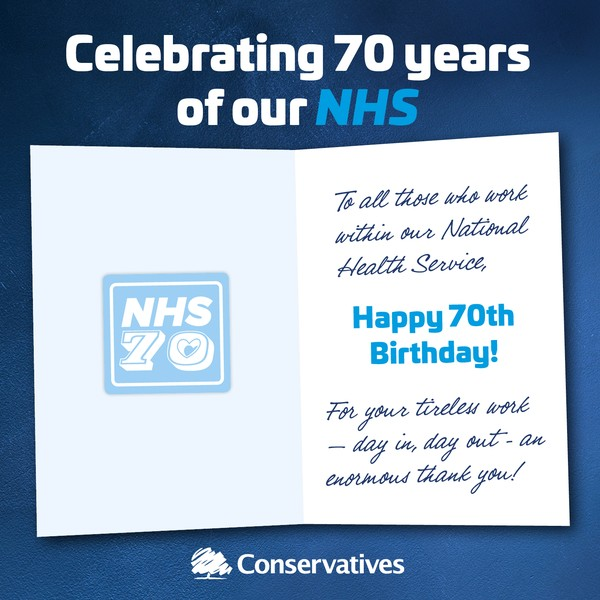 The NHS belongs to all of us - whether we vote Labour, Lib Dem or Conservative.

Officially introduced under the Clement Attlee government in 1948, it was a crowning achievement of the post-war years.

As Conservatives, we've backed a National Health Service free at the point of use from the very beginning.

1. A Conservative Prime Minister accepted the recommendations of the seminal 1942 Beveridge Report:

In his speech, broadcast on the BBC, Churchill said ‘We must establish on broad and solid foundations a national health service'.

'Our plan is a service which will provide the best medical advice and treatment for everyone, every man, woman and child in this country, whatever your income… there will be no charge for treatment.'

Over 70 years ago, he set out the values which the NHS stills works to today.

He said: 'This has got to be not only a full service, but also a really human and personal service' and 'we could build up good health, instead of just trying to mend bad health.'

3. The 1945 Conservative Party Manifesto committed to setting up a national health service:

'We propose to create a comprehensive health service covering the whole range of medical treatment from the general practitioner to the specialist, and from the hospital to convalescence and rehabilitation; and to introduce legislation for this purpose in the new Parliament' (Conservative Party General Election Manifesto 1945).

'The health services of the country will be made available to all citizens. Everyone will contribute to the cost, and no one will be denied the attention, the treatment or the appliances he requires because he cannot afford them' (Conservative Party General Election Manifesto 1945).

4. Conservatives have been running the NHS for more than half of its history:

5. We're delivering a pay rise for around 1 million NHS staff of at least 6.5 per cent:

In March 2018 the Health Secretary announced £4.2 billion over three years to increase pay for our dedicated NHS workers.

6. We've announced our long-term plan for the NHS - which will see its budget increase by £394m a week:

7. We're helping make sure the NHS can spend its money wisely and reduce inefficiency:

The plan will be developed by the NHS and will ensure every penny of investment is well spent on things like more doctors and nurses, while reducing waste and inefficiencies.